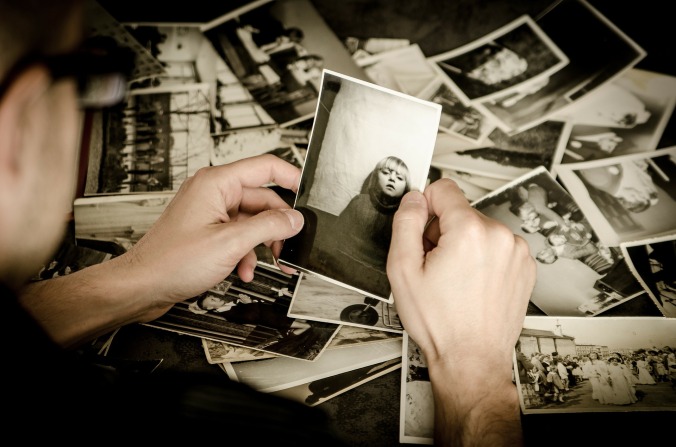 Memory is fundamental to human life. It allows us to acquire and use information to adapt our behavior in response to experience. Memory is not a unitary concept but is composed of multiple memory types that involve different neuroanatomic structures (Squire, 2004). The memory of facts and events, called declarative memory has been shown to rely on the hippocampus for its formation and temporary storage. But in its initial form, the memory trace is still vulnerable to interference. Thus memory traces, initially labile, are remodeled to become durably stored and retrievable. This process has been called memory consolidation. It occurs in two successive periods. First, the trace is stabilized within the hippocampus; a phase that has been called “cellular consolidation” mainly because several cellular and molecular pathways that mediate this consolidation have been discovered. This has been related to the long-term modification of synaptic weight of particular synapses (increase: long-term potentiation (LTP) or decrease: long-term depression, (LTD)). Interestingly, all the treatments that affect LTP also affect long-term memory making LTP the mostly likely cellular correlates of long-term memory. But this is not the final stage, indeed the memory trace undergoes a second step of consolidation by being transferred in neocortical sites. This has been called “systemic consolidation” since it relies on communication between different brain structures.

In fact, this hypothesis of consolidation that had been proposed in the 70’s by theoretical works (Marr, 1970; McClelland et al., 1995) but has received many several experimental validations and extensions. Of the most important is its relation to internal brain states. Indeed the brain is not a passive structure that receives and processes external information but is the site of different modes of activity, mainly revealed by extracellular recordings of the electroencephalogram, local field potential and action potentials. Early observation of EEG identified different oscillation mode that were different across conscious states especially when comparing rest and sleep and those oscillation patterns have been called brain states. EEG during conscious, waking behavior demonstrated low-amplitude, “desynchronized” patterns, while sleep and unconscious states were associated with large irregular fluctuation of the local filed potential. Subsequent studies showed that these brain states differ according to the structure of recording and tried to link each pattern of oscillations to behavioral or conscious states.
To summarize, three main brain states have been clearly identify and characterize: 1) the theta state corresponding to awake activity (mostly when the rat is moving) showing desynchronized activity in the cortex and theta oscillation (5-10 Hz) in the hippocampus, 2) the slow-wave sleep (SWS): showing large irregular activity (slow oscillation) in the cortex while the hippocampus shows large depolarization in the stratum radiatum (sharp waves) associated with short lasting burst of oscillations at 200Hz in the pyramidal layer (ripples), 3) the REM sleep: (for rapid-eye movement sleep) , also called paradoxal sleep since brain activity is very similar to awake activity i.e. desynchronized activity in the cortex and theta oscillations in the hippocampus. Of course, there are mainly other oscillatory patterns observed in the cortex, and their full characterization and the identification of their cognitive correlates constitute an intense topic, especially concerning attention.
Concerning learning and memory, it has been proposed that each sequential phases of memory (encoding, consolidation) are related to different internal brain states. The two-stage memory consolidation theory postulates that encoding occurs during hippocampal theta oscillations, and consolidation is supposed to take place during SWS, involving reactivation that occurs during the sharp-waves-ripples complexes (SPW-Rs) (Buzsaki, 1989).

During my post-doctoral stage, I have provided further information that validate and extend several of these hypotheses.

Encoding in the theta states and consolidation during ripples in the hippocampal-prefrontal network: role of the dopamine

First, I found that the two-stage memory consolidation theory does not only rely on the sole hippocampus (as initially proposed) but can also be extended to the hippocampal-prefrontal network. I have shown that during learning, coherence in the theta band between the hippocampus (Hpc) and the prefrontal cortex (Pfc) occurs when the rat was able to solve the behavioral task and more precisely at time of reward prediction. At this point, during elevated Hpc-Pfc theta coherence and upon new learning, there are profound modifications of the neuronal network within the PFc. Hpc theta-modulated Pfc cells shift phase preference leading to the formation of Pfc cell assemblies. Activity synchronization then lead to synaptic plasticity and to the consolidation of assembly-related memory traces, as shown by the enhanced replay of high-coherence related assemblies during post-training SPW-Rs. These findings, taken together, point to a possible mechanism wherein theta coherence would help to determine which information is reactivated during sleep and thus consolidated in long-term memory. Thus, the Hpc/neocortical axis, deeply implicated in memory consolidation (Marr, 1970; Buzsaki, 1989; McClelland et al., 1995), may also be responsible during memory encoding, for the selection of the relevant information to be retained, under dopaminergic control. Indeed, most of the results obtained in vivo after learning at the time of reward prediction (Hpc-Pfc theta coherence, phase shift in the Pfc) can be mimicked in anesthetized rats with dopamine injection in the Pfc (Benchenane et al. Neuron 2010, Benchenane et al. Curr Opinion Neurobiol 2011, Peyrache, Khamassi, Benchenane et al. Nat Neurosci 2009, Battaglia, Benchenane et al., Trends Cogn Sci 2011)

Causal role of the sharp-waves ripples in memory consolidation.

The second main finding of my post-doctoral studies was to identify the causal role of ripples on learning and memory consolidation. Indeed, this link was at that time only based on correlative studies. By using closed loop between neuronal activity and stimulation (classically used in brain machine interface), we showed that selective ripples suppression during sleep following spatial task impaired learning (Girardeau*, Benchenane* et al., Nat Neurosci 2009, co-authorship). Reactivations appeared therefore to be necessary to memory consolidation as subsequent performance depends on those ripples event.